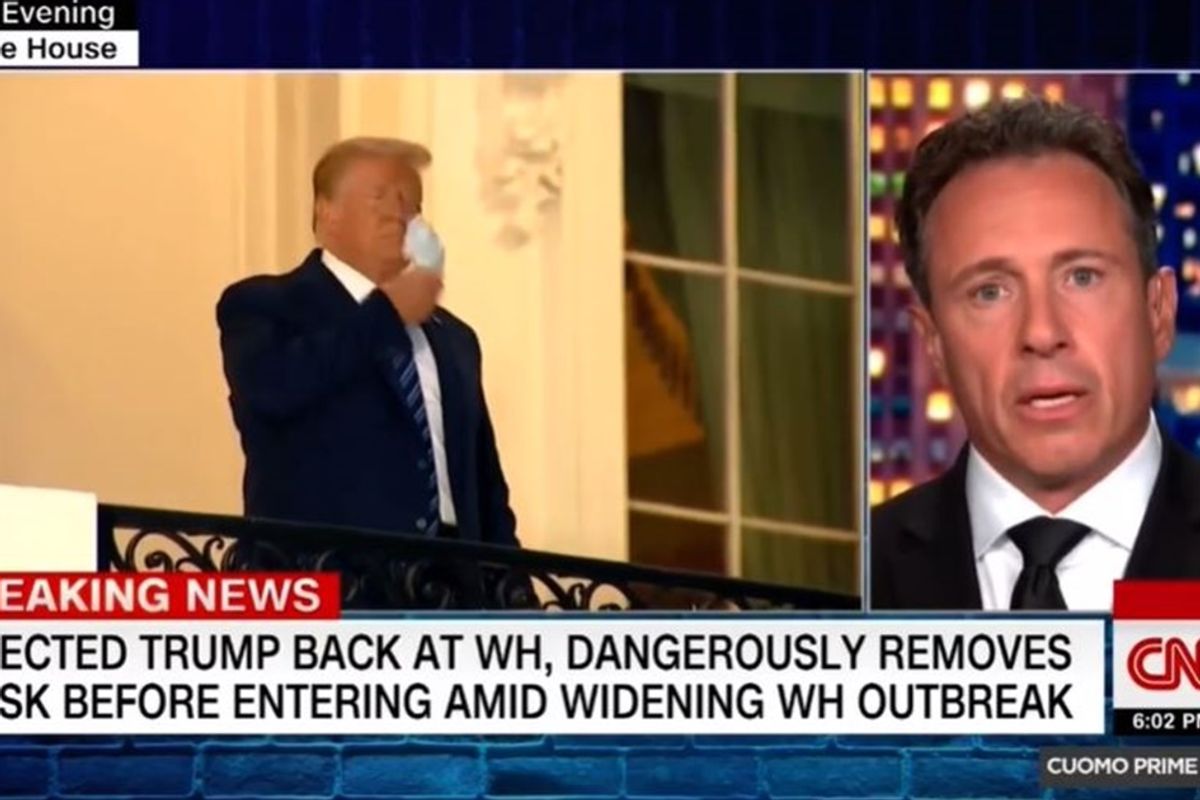 CNN’s Chris Cuomo on ( last ) Monday night said he wouldn’t play the clip with audio of President Donald Trump speaking from the White House after being discharged from Walter Reed hospital, where he was treated for the coronavirus.

Cuomo dismissed the footage as “propaganda.”

“I’m not going to play it for you. Why should I? How much bullshit do you need in your life? ( I don’t know about you folks watching this,” he told his viewing audience. “But I’ve had too much bullshit in my life, and almost all of it coming from this president. I can’t take any more, and I know you can’t either ).”

Trump in the video claimed that he’s better and that he might be immune to COVID-19 now. And he told Americans “don’t be afraid of it” and “don’t let it take over your lives.”

Cuomo just about had it.

“Don’t let COVID control your life,” he said, mocking the president’s words. “( What? Are you f***ing kidding me’ Mr. President? Do you hear yourself when you speak? Do you understand the stupid words that come out of your mouth? ) Nobody wants it to control their life. They have no choice.”

Then he called out Trump for denying Americans the same level of care he had in fighting the infection.

“His continued recklessness makes it impossible to be sympathetic,” Cuomo said. ‘I feel for his wife. ( Where the hell has she been during all of this? Why haven’t we heard from her in all of this? ) I don’t even know how she’s doing. They only talk about him. ( No disrespect to the First Lady, but is she busy doing another girl on girl photo shoot? Is that why we haven’t heard from her? Has the president got her locked up somewhere because she’s pissed at him for giving her COVID, and all she can think about is scratching his eyes out in revenge? I know I would if he gave me COVID. Who knows? I’m just asking why we haven’t seen her ).”

The CNN host also called out Trump’s doctors for lack of information they’ve provided about the president’s health.

( “This president is a walking, talking lying turd. You can’t trust a word he says,” ) says @ChrisCuomo, detailing Trump returning to the White House and removing his mask.

“Every aspect of his pandemic experience and response exhibits disrespect… I’m upset because… this man who can do everything, does nothing. ( And if he’s got Melania locked up in the White House, he better let her go. She should scratch his eyes out, then bitch slap the turd. I know I would ).”