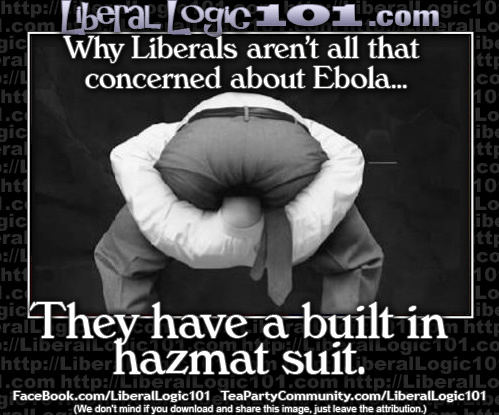 It’s been a while since the last entry, so for this next one I thought this particular meme would be appropriate since it perfectly and accurately demonstrates the mindset of Republicans in the age of COVID 19.

The above meme shows a person’s head inserted into his rectum, with the caption, Why Liberals aren’t all that concerned about Ebola…
They have a built in hazmat suit.

In 2014 there was an Ebola outbreak in west African that affected and killed thousands of people. In the United States four people were affected by the disease and two died, one of them a Liberian national, Thomas Duncan visiting relatives in Texas. The conservative response was that Obama was irresponsible and incompetent, and that he had failed in his response to the virus. Conservative media hosted The Great Ebola Freak out, acccusing Obama of deliberately allowing the virus into the States, that his intention was to deliberately allow millions of Americans to potentially die just as he deliberately abandoned four Americans to die in Benghazi. Rush Limbaugh, an old school racist, said on his radio show that Obama wanted white America to become infected as payback for slavery.

Trump’s reaction to Ebola was nonstop tweeting about how irresponsible and incompetent Obama was. 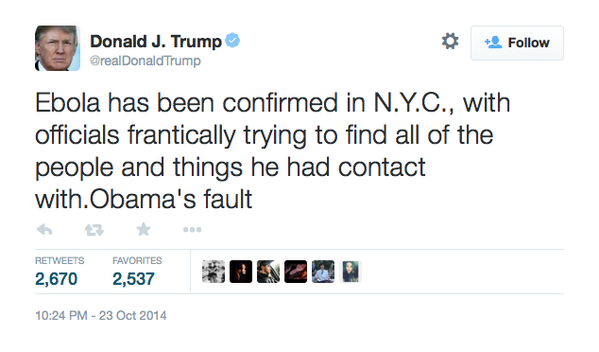 Obama spent too much time golfing instead of doing anything about the virus. 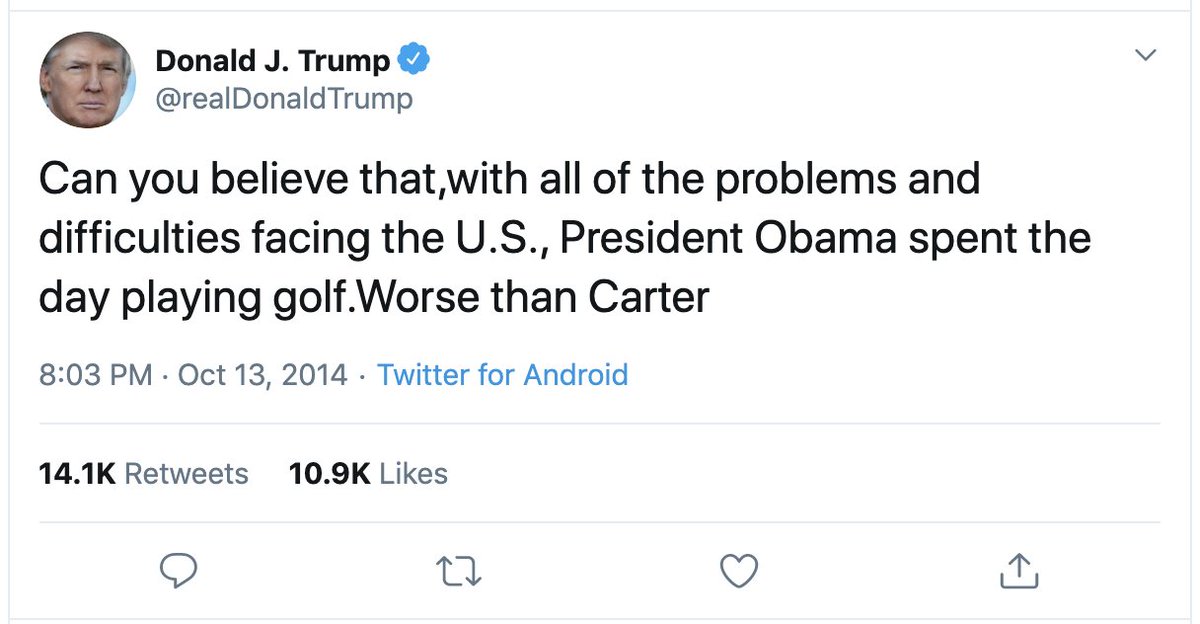 Obama should personally apologize to everyone who contracts the virus. 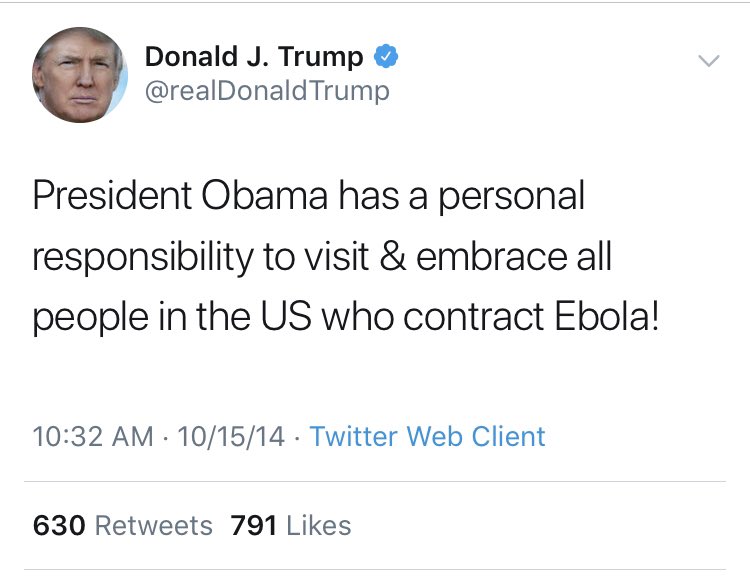 “I think very few people trust our government as being competent. Let’s not kid ourselves. I mean with the five billion dollar website for Obamacare, which is still not working frankly and it’s a disaster. And so many other things: Benghazi, wars, IRS.

“I mean we have virtually incompetent leadership, so why would anybody trust our government to handle this crises? And to think we’re allowing people from West Africa to come in and many of them are unchecked, come in and potentially cause a tremendous problem.”

He even insisted that Obama’s response was so disgraceful, that he should resign.


Fast forward to 2020, and we have, as of September 18, according to the CDC, 197,116 COVID related deaths in the US. We have a president who lies, who denies any responsibility for his poor response to the pandemic, who pats himself on the back, who has insisted all along that his response has been excellent, who insisted that it was under control, who insisted on reopening schools and businesses prematurely, who admitted to Bob Woodward that he knew the virus was potentially deadly, while he publicly down played the seriousness of it, and his media lapdogs have willfully followed his lead, and have failed to hold him accountable. Sure, he restricted flights from China, and put together a task force, but there were no government mandates on masks, no testing, social distancing, or mandatory lock downs. State governors have had to initiate their own mandates because our “responsible” president doesn’t believe in wearing a mask to lessen the spread of the virus, and his supporters who believe everything he says, don’t believe in wearing masks either.

In conclusion, two deaths from Ebola, compared to 197,116 due to COVID, would indicate that the president, his media lapdogs, and his supporters would be the ones who have their heads inserted in their rectums.

Trump And Company Complain About Unfair Treatment At Town Hall