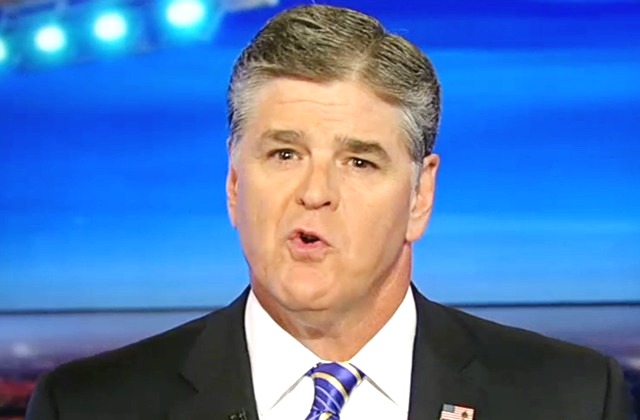 On a segment of last night’s Hannity, the Fox News host went off on CNN’s Don Lemon for comparing president Trump to Hitler.

As the host of a network that regularly compared the former black president to not only Hitler over everything from healthcare reform to executive actions on gun regulation, but a communist and a Marxist, Hannity got on his high horse to claim the moral high ground to attack a rival network that everyone knows is fake news, because the president says so.

“I was shocked when that hack Don Lemon compared our great president to Adolph Hitler,” the talk show host told The Journal. “Who does he think he is, a journalist?”

When reminded that Lemon is indeed a journalist, Hannity replied, “I know he’s a journalist, but does he have to be so hateful in his attacks on president Trump? Claiming that Trump is like Hitler is insane. We never did the same with Obama. That would have been irresponsible.”

When reminded that Fox News hosts regularly engaged in the same type of rhetoric against the former Democratic president, Hannity replied, “Well, you have to admit, he is black.”

Trump And Company Complain About Unfair Treatment At Town Hall