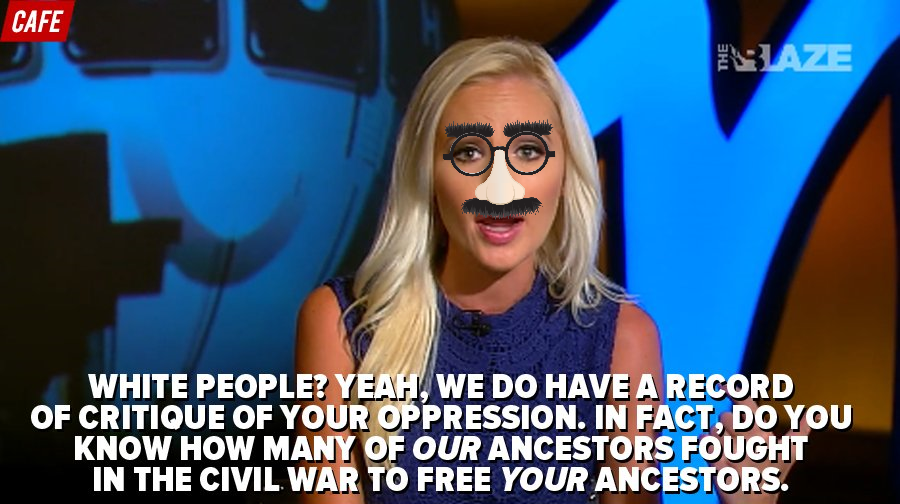 Recently Tomi tweeted something stupid and insulting about the Black Lives Matter movement , calling them the New KKK , and that their goal was not equality. Intelligent people with common sense , called her out , while those who have no sense , common or otherwise , agreed with her , and praised her as if she made any sense at all.

In Tomi’s world , the world inhabited by many like her , racism no longer exists in America , because a black man currently resides in the White House. The only racism that Tomi sees is reverse racism. In this case , Black Lives Matter , and black people in general who complain about other black people getting shot or killed by law enforcement for no good reason.  People like Michael Brown , who was shot with his hands in the air , or Eric Garner who was choked to death for selling cigarettes , Freddy Gray who’s spine was severed , and Tamir Rice who was shot for playing with a toy gun.

She either doesn’t see , or chooses to ignore the racism that many in the black community face every day. The individual and institutional racism prevalent in law enforcement , the criminal justice system , housing , employment , and education. When black actors , athletes , and politicians claim that this is an issue in their community , people like Tomi accuse them of race-baiting.

The only racism Tomi sees is against white people who have , since the first election of a black president , somehow become the new victims of racism.

What a sad world Tomi lives in , a world inside her own head , where Black Lives Matter is like the New KKK , and are a terrorist hate group because they want law enforcement to be held accountable.